If you want to windsurf here in Central PA without a wetsuit, you are pretty much limited to June--August, plus warm days in May and September. But if you're willing to insulate your body with a wetsuit or drysuit, the season is much longer. Since I started windsurfing on Sayers Lake (August 1997), February is the only month when it has never been warm enough to at least give it a shot. (Usually there's 10 inch thick ice on the lake in February!) There were two years when I windsurfed in early December, and on January 6 2007 I also sailed (see photos below). There have been 6 years when I started the season in March; in the other years it was in April. See below for some early- and late-season windsurfing pictures on Sayers Lake. 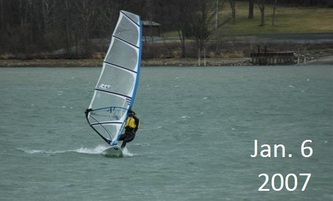 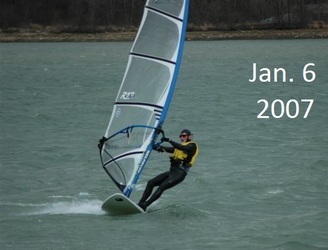 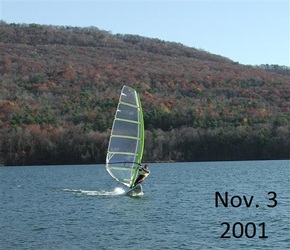 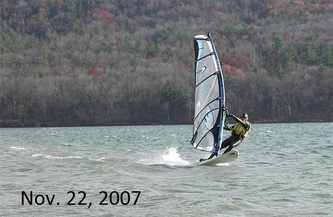 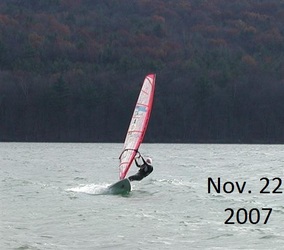 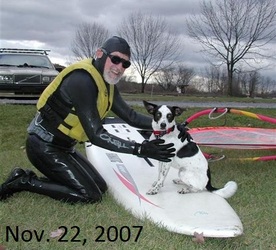 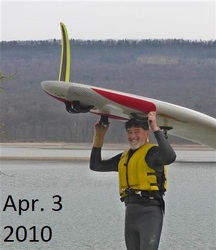